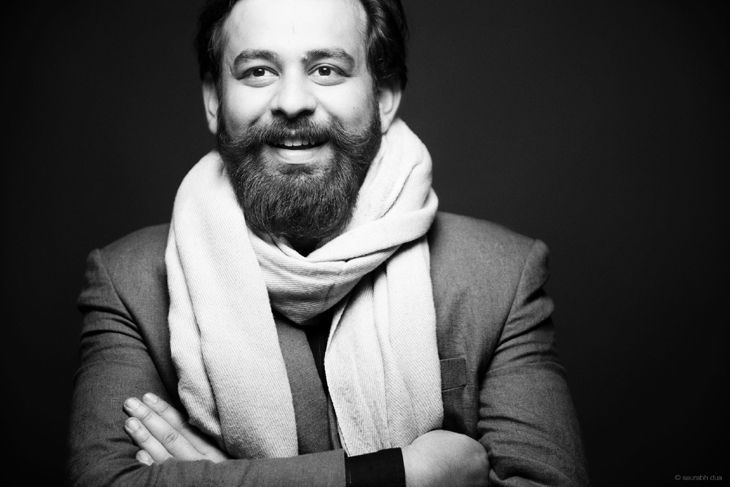 Mayank Sharma is a self- taught photographer who studied to become a Computer Science engineer from the Ramaiah Institute of Technology but, the heart wants what it wants. He picked up the camera in 2010 and hasn’t put it down since. He is young, he is versatile and he strives to tell stories through every frame.

There is commissioned work and there’s work that you do to quench your thirst as an artist. Mayank has always strived to blur the lines between the two. He dedicated 4 years of his time to capture the Indian Music scene, from 2010-2014. For this he was featured as one of the youngest music photographers in the country, by MTV Noise Factory. He was also amongst the country’s shortlisted contestants on the National Geographic cover shoot, Season 4. Since then names like Varun Bahl, L’Oréal, Vogue India, Amazon.in, Leela hotels, Radisson, JWT, Saatchi & Saatchi, Leo Burnett make for the plethora of work in his basket.

The beautiful chaos of greenrooms and stories that unfold behind the camera interest him. He likes to capture to the raw, nervous energy of artists. Artists Anupam Kher, Rajat Kapoor, Vinay Pathak, Ranveer Singh, Vani Kapoor, Vir Das, have all bared their souls through his work. He has also captured the stories of Holi in Barsana and Nandgaon for two consecutive years, his work getting featured in Vogue Italia 2014-2017.

Mayank Sharma lives in Delhi. This is his work, his art.